The Libertarian Party has a long and rich tradition for supporting the rights of the LGTB Community.  As recently as 2013 the Libertarian Party supported the Supreme Court’s decision United States v. Windsor to strike down Section 3 of the Defense of Marriage Act (DOMA) as unconstitutional.

The Libertarian Party has supported same-sex marriage since its founding in 1971.

With that in mind, the Libertarian Party of Broward County supports and applauds the recent decision by Florida’s Commission on Human Relations (FCHR), the state’s civil rights enforcement agency, to enforce a Supreme Court ruling that deems discrimination based on gender and sexual orientation illegal.  The ruling provides those who experience discrimination an official State of Florida channel through which a claim can be filed and provides full protection under Florida’s civil rights laws. 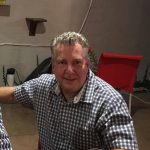 By Dean Morrison, Executive Member of the Libertarian Party of Broward County.