On April 13, 2018, the widow of a 60-year-old bicyclist killed by a burglar’s speeding car accepted $200,000 to fully resolve her lawsuit against the Broward County Sheriff’s Office (BSO). Public records also disclose that the BSO paid another $200,000 in 2014 to settle a similar lawsuit filed by the widow of another bicyclist, aged 61, who was killed by the same speeding car.

The most recent settlement resolved a lawsuit filed under Florida’s Wrongful Death Act by Donna Sue Amelkin on behalf of her deceased husband Dean Mark Amelkin. According to court filings, Amelkin was “on a routine early morning bicycle ride” in a residential section of Cooper City at about 7:15 a.m. on August 5, 2012 when he was struck and killed by a vehicle driven by Obrian Ricardo Oakley. Oakley, who was wanted for burglarizing cars, was being pursued by BSO deputies at speeds in excess of 100 miles per hour. Oakley drove his Infiniti through a red light and spun out of control into Amelkin’s bicycle after colliding with a another car. Also killed at the same time was Christopher McConnell whose wife, Denise McConnell, filed suit and settled with the BSO for $200,000 on May 7, 2014.

Both Amelkin and McConnell noted in their lawsuits that the BSO had a policy that prohibited deputies from engaging in high-speed chases of non-violent suspects. They claimed that Deputy Jeffrey M. Propst, the officer who drove the cruiser in pursuit of Oakley, acted unreasonably by chasing Oakley, who was wanted only for non-violent offenses, through “suburban neighborhoods of Southwest Broward County at speeds of up to 110 miles per hour for over fifteen minutes.”

According to media reports, Oakley, who was 26 at the time of incident, was charged with several offenses including two counts of felony murder. According to a November 6, 2015 news article that reported Oakley’s conviction, “[a] life sentence is mandatory for the murder charges.” 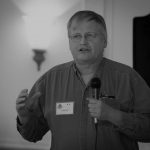 Member of the County Executive Committee