Business As Usual Is Killing The LP

Imagine a business. We’ll call it L Corporation. There are employees and a product everybody wants and they have locations everywhere. In spite of the locations and all those employees, the business seems incapable of attracting enough customers to grow and the competitors, whom we’ll call R Corporation and D Corporation, whose product is vastly inferior, own 90% of the market. In fact, the only customers this business has are, by and large, the employees of this business. And all they do is complain about the business and try to prove they are the only true customers and the only loyal employees while the others are just browsing and taking coffee breaks.

The business has a CEO and other C-level executives. They seem to care and be genuinely interested in the success of the enterprise as do the line employees. But this is one of those cases of too many chiefs and too few Indians. The CEO doesn’t want to tell the employees how to behave or what to believe. There is no operations manual for this corporation so everyone does whatever the hell they want.

The competitors, the ones with the inferior products, are whipping this corporation’s butt, because while they are offering a cruddy product, they have a capable, focused sales force that is focused only on growing the business and stealing more and more market share. They don’t really care who gets the credit as long as they get more sales than their competitors.

The employees of L Corporation make fun of their competitors and look down their noses at them. And while their product is superior, no one has heard of it. And those who have heard of it, won’t come near it because the employees are only good at belittling would-be customers. Rather than offering an upgrade, they’d rather degrade those people. Rather than welcoming them into L Corporation’s offices, they lock the door and send these prospects away.

Would you invest in this business? Probably not. Would you do business with this place? Again, not likely.

Welcome to The Libertarian Party.

The Libertarian Party is like a band that could be playing arenas but stays in the garage. It’s like Cinderella chooses to stay home during the ball and lets her ugly stepsisters have all the fun. Cinderella only got the prince because she went after him. The Libertarian Party, at 46 years old, is heading toward spinsterhood.

While it is right that we should reject everything the duopoly advocates, there is no reason not to learn from them. During my years as a republican activist, I learned about organization, campaigning, phone banking, and leadership. I never had a political discussion during “work hours,” those conversations were for after-hours. Our goal was simple: get votes. We didn’t care about winning debates because the only thing we cared about winning was the next election.

If the Libertarian Party could do this, the message will become clear. We need soldiers marching, not fat guys in thongs. We need voters, not arguers. We need to fight the duopoly and not each other. We need to focus on winning what matters: elections! 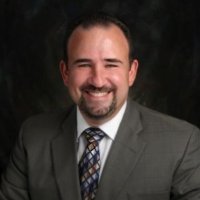